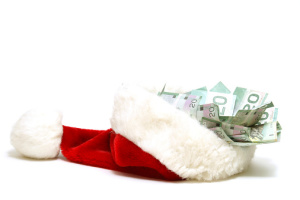 Asking a Leisureologist whether you should have a Christmas party or a bonus is like asking someone, would you rather have birthday cake or presents? The answer is “Yes.” Both can offer incredible opportunities to engage employees and celebrate the spirit of the holiday season. But if circumstances require you to choose between a party and a holiday bonus, is one option more appropriate for your business and your employees than the other?

Before You Hand Out the Invites or the Cash

Think about the company environment. Are you, on the whole, doing well? Or are you under tight fiscal restraints? It’s poor form – not to mention demoralizing and confusing to employees – to be in the midst of a hiring or expense freeze and throw a lavish Christmas party or extend a large bonus. It doesn’t jive.

You have to be conscious of what’s going on in the business currently, as well as what goes on culturally. Are parties a component of your company tradition? Do you normally give bonuses? If you’re breaking new ground, which is going to be the better option? It’s a tough call.

A Case for the Office Party

Who doesn’t love an office Christmas party? No, I’m serious. When done well, people look forward to these for months. It’s also a nice time of year to mingle and meet coworkers’ family. Why not put work aside and get to know people on a more personal level?

Depending on the climate of the company and its economic situation, you’ll want to adjust the expenditure. But spending less doesn’t mean the event has to have less impact. You just have to be more creative. (Just between us, sometimes lower budgets drive higher creativity.)

In fact, that’s exactly what’s on trend. According to Brett Galley, director of special events with Hollywood Pop Gallery (New York and London), “Companies are still trying to get the most bang for their buck while at the same time staying away from the typical ‘cookie-cutter’ holiday party.”

I always considered bonuses as part of the compensation plan. As such, we thought them through financially when doing our annual business planning and tied them explicitly to our goals and objectives. We based them on company success rather than individual performance. In other words, if our goals were met, we got a bonus.

I’m going to further muddy the waters here though: if you can’t do a cash bonus, consider a noncash incentive (incentive trip, spa days, merchandise). These can be more effective than a big wad of cash at a fraction of the cost. Something to consider!

Whatever You Do, Budget for It

Christmas parties don’t necessarily have to be tied to meeting objectives, but they should be budgeted from the get-go in the annual meeting, just like bonuses. It can be a line item that gets cut, like anything else, but putting it in there helps you see the financial big picture and determine if it makes sense for the company.

If it’s financially feasible to have a party or give a bonus, one thing is certain: you’ll probably not make everyone happy! If you opt to skip the party, some people will complain there’s no free shrimp appetizers and karaoke this year. If you do the party in favor of the bonus, others will gripe that if you can afford free shrimp and karaoke, you should be able to pay them more.

A simple way to resolve this is to ask. Put it to them and give them the logistics of the situation: would you rather have a party or a bonus? See which they value more.

It’s impossible to make general statements about holiday office traditions. What you do is so dependent on what’s going on in the organization and what would benefit it and your people most. What I will make a definitive statement about is this: the holiday season presents an opportunity to engage people and leverage the festive atmosphere. Seize it. Whether it’s with a party, a bonus, or simply a kind note of appreciation.