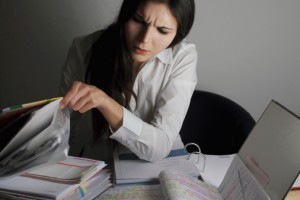 “I thought I understood it…but then I realized I didn’t understand it at all.” This simple sentence is one of the most profound in Malcolm Gladwell’s 2013 TED talk on the well-known story of David and Goliath. The point of Gladwell’s talk wasn’t who had the advantage or who was the fight favourite. It’s that we think we understand – life, relationships, work – but we often don’t. At all. What we need is a revolution in the way we think: challenging assumptions and exploring alternatives.

When it comes to leisure, an increasing number of people are beginning to understand that leisure does not mean lazy. Many executives, but not all, still assume that leisure in the home or workplace means less productivity, when in fact, leisure can increase engagement and efficiency. The science is solid; the evidence is there; the results are in. It’s the thinking that needs to catch up.

David and Goliath: Challenging What We Thought We Knew

Malcolm Gladwell is at the forefront of the thought revolution. An expert at dismantling the so-called “facts” of common knowledge, Gladwell’s latest book, David and Goliath: Underdogs, Misfits, and the Art of Battling Giants (2013) not only undermines the common understanding of David as an underdog, but also challenges our ideas and allows us, if we let it, to reconsider what we thought we knew.

In his New York City TED Talk last year, Gladwell undercuts understanding of the Biblical tale of David and Goliath. The phrase is used to describe a classic scenario of the underdog battling the clear favourite: the weak and disadvantaged versus the strong and skilled. But was David really an underdog or do we have it all wrong?

He was equipped with a formidable weapon and had the element of surprise. Goliath expected David to fight in hand-to-hand combat, as was customary. But David, light-footed, quick and practiced with a slingshot – much alike my childhood hero Dennis the Menace – was clearly at a disadvantage in physical fight compared to gigantic, lumbering Goliath.

Gladwell hypothesizes that Goliath, aside from being heavy and slow, might even have been vision-impaired. All his size, strength, armour and battle experience was useless in the face of a child who changed the rules of the proverbial game. It turns out, the Israelite boy we still refer to as an underdog actually had the upper hand on the giant[1].

Gladwell’s book has been criticized for being obvious and for making sweeping generalizations. In the Sunday Book Review of the New York Times, writer Joe Nocera wrote of David and Goliath, “It strikes me that many Americans already understand the advantages of the seeming underdog”[2] and suggests that many may had already drawn this conclusion about David’s advantages before Gladwell’s book.

And yet, that is entirely beside the point. Gladwell’s book is not just about finding examples in history that readers have never considered before; that would make it far less approachable. His point is to alert us to misconceptions that hold firm in our minds – often these “truths” are so ingrained we cannot even identify them, let alone question them.

We apply the same inquisitive perspective to Leisureology. How can employees be happier in their work? Can a more positive workspace increase productivity? Why do so many businesses demand that workers multi-task when it is clearly less effective? Leisure in the workplace is all about destabilizing the ingrained norms of busy people around the world, and showing them a better way.

I’d urge anyone with a packed schedule and a tension headache to do exactly what Gladwell did: admit that they thought they understood but they don’t. For anyone who thinks that grinding away, multitasking, burning the midnight oil, and subsisting on vending machine coffee is the way you get things done – leisure just may be the slingshot you need to gain the advantage over the goliath of stress, productivity woes, and stagnation.