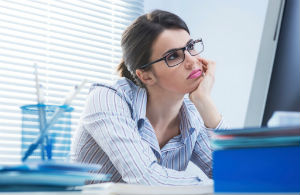 If necessity’s the mother of invention, the mother of innovation is…boredom. You want to see creativity take off and breakthrough thinking flourish? Give your people the time and opportunity to be bored. Your high-performing employees won’t stay that way for long.

Boredom and Leisureology? An Oxymoronic Driver of Results!

Tedium can drive innovation. At Atlantis, it was driving yawns so we knew something had to change. The task: reconciling large client projects. Horrendous– until we allocated some time to play with Excel and discovered an innovative way to show our clients exactly where we went over and under. As long as we didn’t exceed the total budget, clients were fine with that. And they were more than fine with the smoother, more interesting approval meetings.

Utilizing Excel more effectively turned the reconciliation process into an enjoyable experience, instead of a snooze fest. It was like a game of over and under. The net outcome? Clients almost always signed off on the final bill right there at the meeting. Happy clients – and great for our cash flow.

See, that’s how forward-thinking I am: I provided my people with boring tasks just so they could innovate new solutions and find more effective ways to accomplish them. The truth is every business, no matter how creative, has its share of arduous tasks. A leisureology mindset, though, turns them into opportunities.

Composer Mark Applebaum (aka the “Mad Scientist of Music”), said, “I used boredom as a catalyst for creativity and invention.” He talks about a Beethoven piece he had to practice over and over. It bores him – so he uses creativity and improvisation to make it new and interesting to him. Eventually, he gets bored of the piano. So that pushes him to invent his own instruments.

Boredom doesn’t stunt or stultify us. Applebaum is not an anomaly. Well, he is, but not because his innovation is fuelled by boredom! In fact, research shows that boredom increases our ability to form new ideas and to make connections.

Researchers from the University of Central Lancashire split participants into two groups. One had to copy numbers out of a phonebook. The other, I don’t know, drank lattes or something. After, they had to think of as many uses for two plastic cups as possible. Guess who performed better?

The researchers posit that boredom led to a state in which the phonebook-copying participants were better equipped to engage in “divergent thinking,” or think of several outcomes for one single problem. Huh, that’d be useful in the workplace, no?

In another study, Penn State professors showed participants video clips that would elicit feelings of boredom, elation, distress, or relaxation. After, they were given three related words and asked to supply a fourth. For example: sore, shoulder, sweat. Cold might be a reasonable answer here. I only know that because I was copying numbers out of the phonebook a minute ago.

The participants had to make connections between different ideas – and once again, the bored people did better. (So did the elated folks. Happy employees make critically-thinking employees!) They also had more activation of the creative area of their brains, the right hemisphere.

So, how do you allow for boredom – and reap the benefits to employee motivation, productivity, and performance? One method is to simply allow employees to innovate new ways to approach boring tasks. At Atlantis, we felt like we were inventing and re-inventing the wheel, year after year, as we hired new staff or brought on new clients.

To solve this tedious problem, we created a file of Best Practices. Every time we did something great, we wrote a mini case study outlining the steps we’d take to achieve success and added it to our Account Executive “A Advantage” binder.

It made life easier and work more fun. Not only were we able to stop explaining and re-explaining our practices, we increased our employees’ chances of success by providing them with a useful, usable guide. Not to mention, employees were rewarded and recognized for their contributions to this binder!

Other companies, notably Google, offer “20% time” or some version thereof. This time is to be spent following passions, ideas, and self-initiated projects, and has led to innovations like Gmail and Google Docs. LinkedIn recently adopted the practice and has seen several “InCubator” projects bear fruit (such as a toolkit to point out new features to LinkedIn users as they browse the site).

Yes, it’s about giving people ample time to play and explore. And it’s also about giving them time to be bored. Unstructured time. You don’t think anyone, any high-level engineers, coders, or developers, ever thought, “Wow, I’m bored! What the heck do I do with this 20%?!”?

Of course they did. And they sat around, checked Twitter, caught up on their sports scores or celebrity gossip – and then found as many uses for those two plastic cups as possible. Their boredom spurred activity, ideas, and invention.

There is no job, no workplace that can completely avoid boredom. When you give your people a chance, they’ll transform dull into daring and boredom into breakthrough thinking and products. Those are the people you want to keep, engage, and…give the chance to be bored.