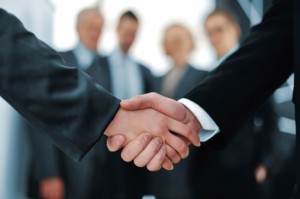 Breaking up is hard to do. Sometimes getting together isn’t any great shakes either. Dealing with any change in the workplace is difficult: I’ve had employees who were absolutely distraught when we switched to French Roast in the break room. But mergers present incredible challenges: clashing cultures, shifts in titles or responsibilities, loss of security, and, potentially, jobs. How can you help your employees make transitions more effectively – and, hopefully, with less stress and anxiety?

There’s No Such Thing as Too Much Communication

Not to be confused with “too much information.” Some things don’t need to make it to the office or take up anyone else’s time (I’m talking to you, Weird Rash Guy and you, I Like to Take Pictures of All My Food Lady). But you can’t overdo communication – discussing vision, values, changes, projections, and realities clearly, honestly, and frequently.

This is true for any change, whether you’re joining two companies or implementing a new policy. Mergers, again, though are a special case. During this time of transition, people don’t know if they’re going to have a job, or if their buddy next to them is going to be there next week. They’re uneasy; some are outright scared.

“Pay No Attention to Those Pink Slips”

As a leader, job number 1 is honesty and open communication. All day, every day. Is it as easy as moving your mouth? No. It is one of the biggest challenges you’ll face in your role, and, perhaps, in your career. Too often, the message is that everything is business as usual: “We’re going through this massive change, but forget that. You still have your targets. Don’t worry about the fact that we might be canning you in a month.”

The reality is that their minds will be on everything but their targets. Instead, you want to communicate this message to them: “We know things are uncertain. The best thing you can do is to give your A-game. It’s rewarding for you, and it shows that you’re of great value to the organization and colleagues. When the situation is out of your control, focus on what is within your control. Do your best.”

Paul Marchildon, an experienced Leisureologist, can work with you and your team to increase productivity by incorporating a leisure mindset into the workplace.
Learn More Here

Regardless of whether the change is major, (e.g. merger) or relatively minor (e.g. implementing a new software program for invoicing or lead generation), communication is the key. Without it, your initiative doesn’t stand a fighting change.

There’re always a few holdouts, no matter what the change. A few ways to handle resistance:

People fear change because they don’t want to lose control; they don’t want to feel uncertain; they’re worried about workloads or their own competence; they don’t like French Roast. Sometimes, they have good reason to be scared: the threat is real. Your job isn’t to wipe these feelings away. You can’t. You can communicate with them and let them know what’s going on throughout every step. Change is the only constant in life, but that doesn’t mean people are good at coping with it; they need support and guidance to get through it – and come out better on the other side.